Give your guests the experience of a lifetime at Churchill War Rooms, hidden beneath the iconic buildings of Westminster. Rich in atmosphere, this incredible venue is the very site where Prime Minister Winston Churchill and his cabinet led Britain
to victory during the Second World War. Winston Churchill is recognised as one of the greatest individuals to ever walk the course of British history, and nowhere is the scene of his finest hour better illustrated than at Churchill War Rooms.Each room has been preserved and restored to look just as it did during the Second World War. 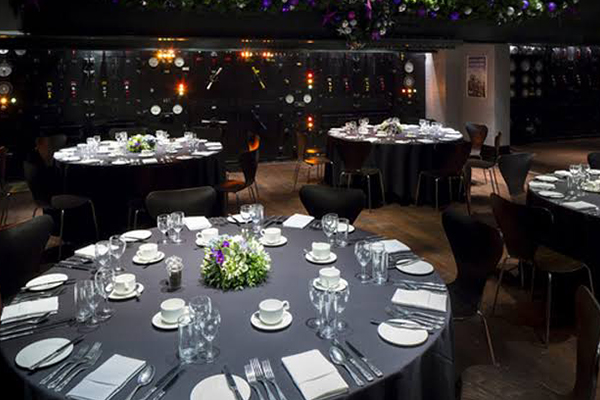 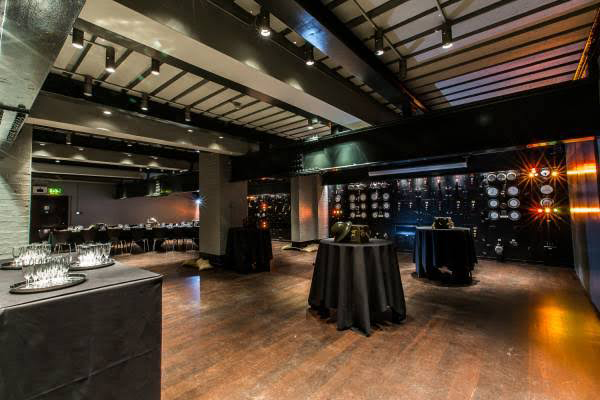 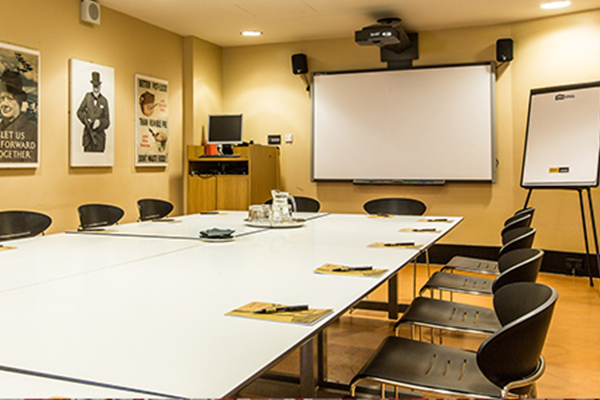 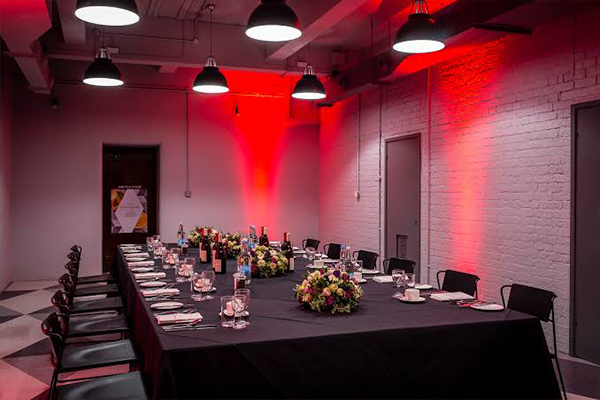 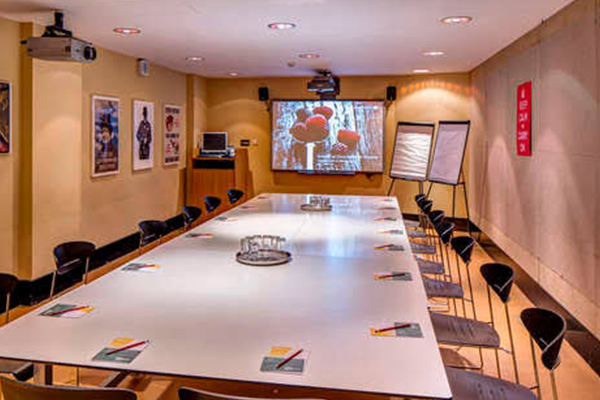 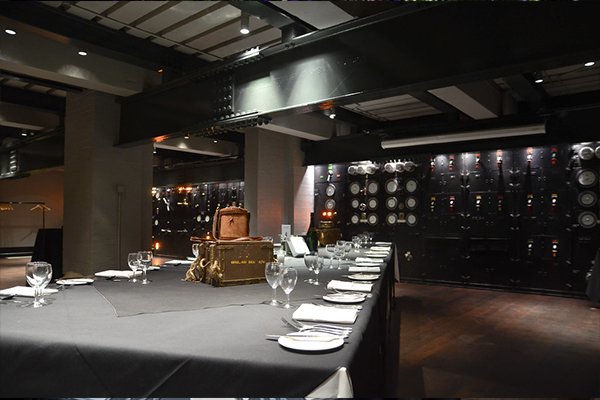 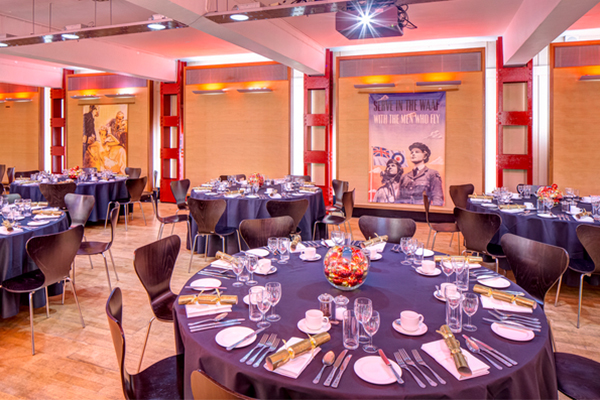 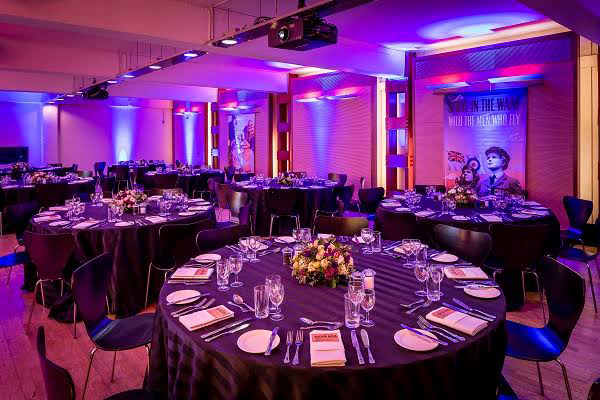 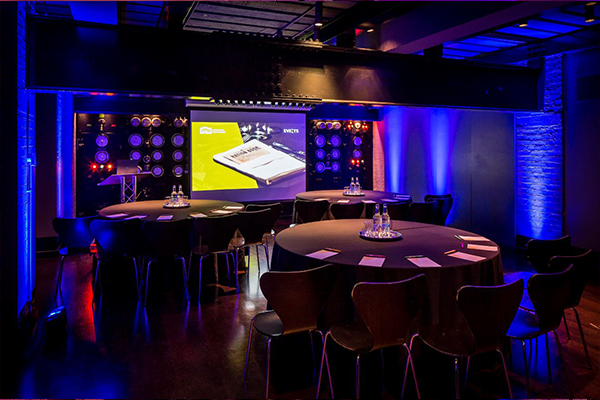 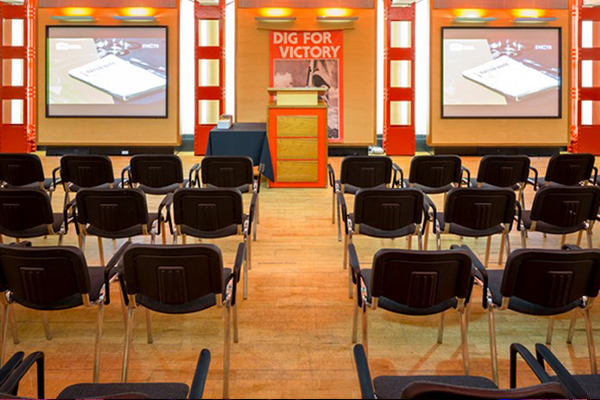 Walk the same corridors as Churchill, peer into the room where
his War Cabinet made their momentous decisions, and marvel at the complexity of the abandoned Map Rooms, frozen in time since 1945.

The Harmsworth Room
Refurbished in 2008, this space, our most popular room, is the perfect setting for smaller meetings, drinks receptions, dinners and lavish banquets. Flexible state of the art lighting and AV facilities allow you to create a bespoke environment within this exciting period atmosphere.

The HCA Auditorium
Situated adjacent to the award winning Churchill Museum, this area offers all the versatility and facilities of a modern event space, but with the added excitement of its period feel, historic resonance and high tech audio-visual facilities. In air conditioned comfort, it also offers an entertainment space for up to 170 people under six feet of concrete and steel.

The Switch Room
Recently re-designed and refitted, this room represents one of London’s most unique fine dining spaces. The Switch Room is perfect for intimate evening receptions, fine dining for up to 25 guests or as a popular venue for breakfast events.

The Learning Suite is a pleasant, work-focused space, perfect for business meetings or workshops. Including the main room and an additional breakout area, the suite offers full smartboard and whiteboard table use. It’s equally great as a quirky venue for drinks receptions.

Contact Churchill War Rooms directly or use our simple contact form.
0207 7660134 Send Email Visit Website
Please let them know you found them on venues.org.uk. Thank you.

Tell us your requirements

Please complete all required fields in this form to provide the best information for the venue to contact you with an accurate quote. Or call the venues.org.uk team directly on 0203 355 2762.