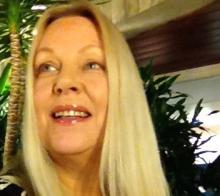 Teely Pearson Webb is an award winning PA who will be speaking at the Conference and Hospitality Show, Leeds on Tuesday 26th April.

At the show Teely will share her thoughts on how to become award winning: Teely Pearson Webb is an award winning PA - winning PA of the Year, Executive PA Magazine/Hays, Newcomer Category, 2013. In the following year, Teely was a top three finalist in the Pittman Training Super Achievers "PA of the Year" award. Teely has worked progressively in a variety of administrative roles over the last 15 years. the culmination of this process was to achieve the ultimate in secretarial posts - the role of an EA. Having accomplished this, Teely is now a champion for the position of PA/EA, sharing her experience with others and passionately supporting the industry at every opportunity.

Currently, she is actively involved in networking, and believes this is crucial to the development and progression of assistants. Having sought out training and qualifications that have helped her realise her own personal goals, Teely believes assistants should strive to be the best ambassador for their chosen occupation.

She has been interviewed for numerous press articles and blogs, quoted in a variety of magazines and has been profiled for Exceptional EA magazine in Australia over the recent years and is now delighted to have been invited to speak on the PA Stage at the Conference and Hospitality Show 2016, in Leeds at 10 am on Tuesday, 26th of April 2016. Teely will speak about how she worked her way up to becoming an "Award Winning PA" via variety of jobs and positions, some that helped and some that did not! Overcoming challenges and disapointments to achieve the ultimate goal of becoming an EA, Teely highlights just a few of those moments. She finally reached her objectives despite being "older" than the average person in the category. She will describe how having a ten year plan, four start plan and various wish-lists pushed her forward, and how these plans continue to drive her onwards even now and have her made the Executive Assistant she is today. Teely is Executive Assistant to the Pro-Vice-Chancellor Research and Enterprise at the University of Southampton.