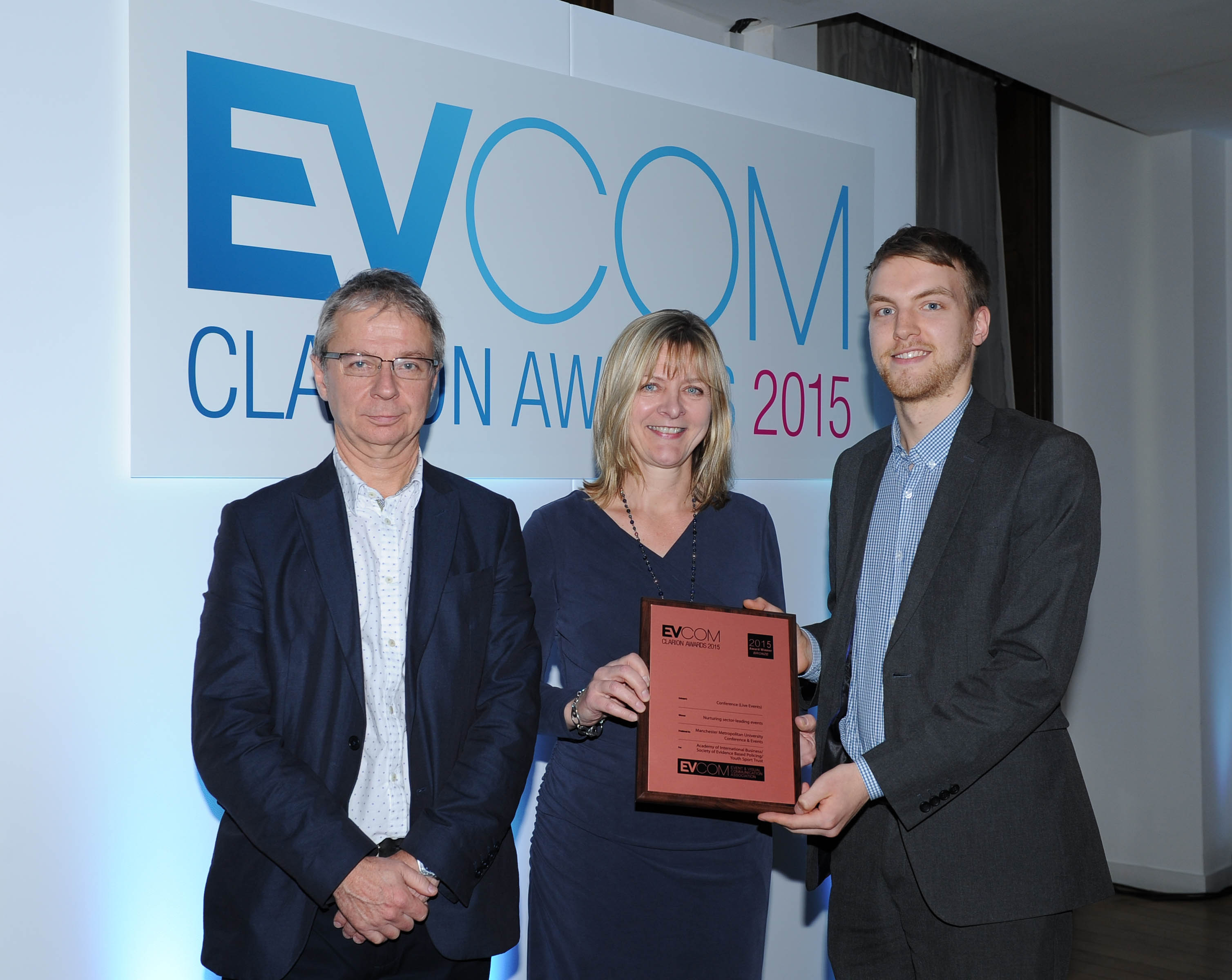 Now in their twelfth year, the Clarion Awards were established on the fundamental principle of raising standards and making unique contributions to society, encouraging an ethical culture and nurturing higher levels of engagement.

New initiatives and events that we have helped facilitate alongside the Academy for International Business, the Society for Evidence Based Policing and the Youth Sport Trust for the Sainsbury’s School Games were recognised for providing development opportunities, engaging with stakeholders and benefitting communities locally, nationally and internationally.

Head of Conference Services, Janet Scull, remarked, “The team were delighted to receive an award in recognition of our achievements this year against such worthy competitors”.

The ceremony featured a host of notable award winners, including J. Walter Thompson, who documented the first ever installation of kinetic-powered football pitch lights for community football pitches in Brazil, and GlaxoSmithKline for their humanitarian response and swift mobilisation in combating the Ebola crisis this year.

The Silver Award for Conference (Live Events) went to the Young Carers Conference, which helps support children under 18 who provide ongoing care and support to ill family members. Gold was awarded to the National Trust for “Convestival”, an annual half-conference, half-festival that helps support their nationwide volunteer operation; to round off what was a strong category for MMU Conference and Events to feature in.