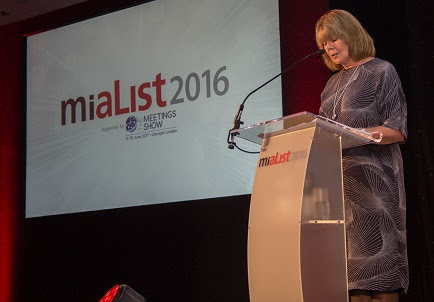 The Meetings Industry Association (mia) has announced the shortlist for its coveted miaList 2018.

Shining a spotlight on the very best talent within the business meetings and events sector, the miaList recognises the individuals who go above and beyond the call of duty, inspire those around them and play an instrumental role in making the organisation they work for so successful.

The short-listed individual nominees are:

The nominees were assessed by an esteemed panel of industry stalwarts, which included Gill Smillie of Conference Venues Countrywide, Carol Primett of Anglian Water, Rob Flinter of Park Plaza London Riverbank, Mark Gallen of MG Sales Performance, Lacy Curtis-Ward of The Lensbury, Richard O'Riordan of Tower Hotel London and Amanda Thurlow from ACCA.  Those shortlisted have been invited to attend a judging lunch in September.

Meanwhile, those teams who have collectively made a significant impact on their organisation will be shortlisted by the judges in September and then subject to a public online vote to secure the Team title.

The miaList winners will be revealed at a prestigious ceremony on Friday, 2 November at The Tower Hotel, which is nestled between the River Thames, St Katharine Docks and alongside the World Heritage Site, offering unparalleled views of the iconic Tower Bridge.

Tickets for the awards ceremony are available now from https://www.eventbrite.co.uk/e/the-mias-mialist-2018-tickets-44330465616?aff=es2