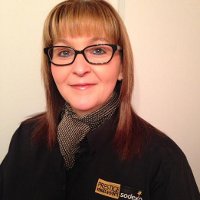 Sodexo Prestige have appointed Leigh Crichton, a talented employee with nine years of valuable experience at the hospitality specialist, to a challenging new role as Retail Operations Manager.

Leigh, who originally hails from Donaghadee in Northern Ireland, has been promoted to the role after nine seasons as Business Manager at Blair Castle, a Sodexo Prestige venue.

Sodexo Prestige is an Investor In People that prides itself on its ability to identify, develop and reward the talent within the organisation and has offered Leigh the promotion in recognition of her loyalty, dedication and star quality.

Leigh has worked in the food and drink industry for well over a decade, having previously worked as head chef at Baxter’s Food Group.

Leigh’s new position within Sodexo Prestige’s Scottish heritage portfolio will see her head up retail operations at Discovery Point Dundee, Balmoral Castle and Blair Castle, implementing a retail strategy and overseeing the quality of food produced at each venue.

The role will also see Leigh work alongside the UK events team in the development of retail catering offers and management of health and safety at major summer events, including The Open and The Chelsea Flower Show.

Leigh commented on her new appointment: “Sodexo Prestige has been a really wonderful place to work for over the years, which is why I have stayed with them for such a long time.

“Having essentially spent my whole career in the food and drink industry, I have managed to gather a lot of experience which I think will really benefit me within my role.

“I am a firm believer that people buy with their eyes, so I want to ensure that the kind of food we have available in our cafés and restaurants is homemade and that anything we use in these is fresh and locally sourced, while also ensuring our venues are pricing these items fairly so that our customers feel comfortable paying for food and drink in our venues.

“People always like to know exactly where their food has come from and so as a company that plays such a significant role in the hospitality industry, I fully believe in and support its commitment to the use of fresh, seasonal produce in its food.”

With experience in health and safety and food safety policies, Leigh will also be working alongside Sodexo Prestige’s Business Continuity team, helping to implement and meet the terms and conditions of these policies throughout the business.

Austin Tilsley, Regional Managing Director of Sports, Leisure and Events for Sodexo Prestige, said: “It’s a real thrill to have Leigh promoted to Retail Operations Manager within our company.

“Leigh has been a valued member of my team for the past 9 years and it is fantastic for her and for Sodexo Prestige that she is now able to take on new responsibilities and further develop her career.

“Leigh’s passion for good quality homemade food is at the centre of our retail operations and she will now have the opportunity to work with a much wider group of contracts and clients to help develop their retail operations.”